No Doubt - Gout is Painful 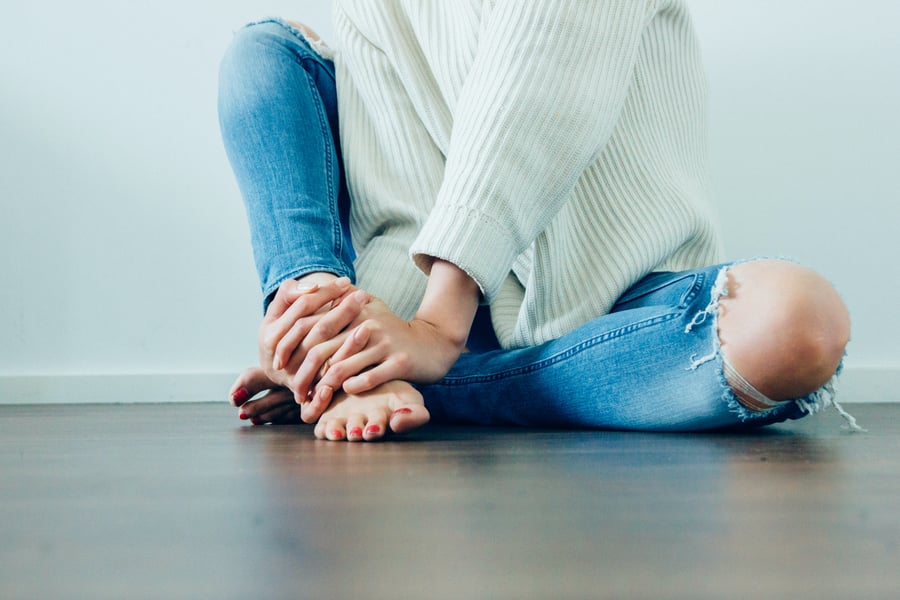 Gout is a painful inflammatory disease that affects hundreds of thousands of people in Texas and the world. Typically, it only affects one joint at a time; typically in the big toe. This is why there is podiatrist gout treatment in Magnolia, TX.

There are periods when symptoms worsen, referred to as flares or flare-ups, and other times when there are no symptoms, referred to as remission. Gouty arthritis, a deteriorating type of arthritis, can also develop as a result of repeated occurrences of gout.

Gout symptoms often strike unexpectedly, and frequently at night when you are trying to sleep. Typical symptoms of gout include:

Although gout is most commonly associated with the big toe, it can affect any joint, especially other joints in the feet and ankles. The ankles,

knees, elbows, wrists, and fingers are among the other joints that are

typically afflicted. The pain will most likely be the worst during the first four to twelve hours after the episode of gout starts.

Soreness often persists for days or weeks after the initial attack of gout. Attacks in the future are more likely to continue longer and damage more joints.

Swelling, sensitivity, hotness and redness usually develop in the afflicted joint or joints, resulting in a limited range of motion.

Scientifically, gout develops when monosodium urate crystals build up in your joints and bodily tissues and fluids. When your blood has too much uric acid, these urea crystals can develop. When your body breaks down purines, which are chemicals present naturally in your body, uric acid is produced. Purines can also be present in foods such as red meat, organ meats like liver and in certain purine-rich seafoods like scallops and trout. Higher amounts of uric acid can also happen due to certain alcoholic beverages—particularly beer—and drinks sweetened with fructose. Normally, uric acid moves through the kidneys and out through the urine. But if too much uric acid is created, it can build up in a joint, in fluid or in surrounding tissue, generating sharp crystals that cause pain, inflammation, and edema.

Sometimes an episode of gout will eventually subside on its own. However, it is common for gout to reemerge from time to time, especially if your circulation continues to contain significant quantities of crystallized particles. Your podiatrist may initially prescribe pain medication to help you manage your symptoms, including:

Non-steroidal medicines, may be advised as over-the-counter pain relievers

Corticosteroids can also aid with pain management. It can be prescribed as an oral drug or it can be injected directly into the joint by your doctor.

Your podiatrist may suggest certain lifestyle modifications. Limiting alcoholic beverages and meals that raise uric acid levels, for example, may be recommended. Because purines are found in seafood, red meat, and organ meat, your podiatrist may advise you to limit your intake of these foods. This can also help you cut down on the quantity of sugar you ingest.

Gout has no permanent cure, although it may be effectively treated and managed with the help of your podiatrist. Contact us for an appointment to discuss your gout treatment today! 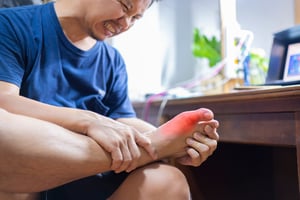 Frequently Asked Questions About a Sprain Versus Broken Toe
23 Jan, 2023 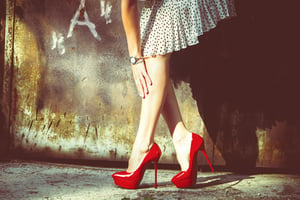 How To Protect Your Feet Against Bunions And Improve Foot Health
20 Dec, 2022 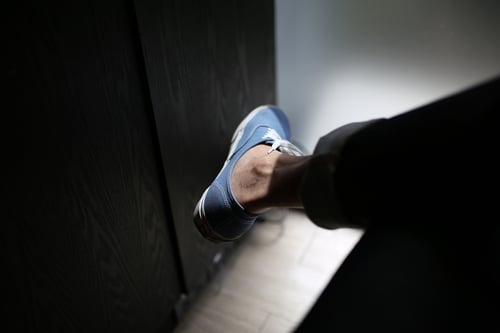 All About Plantar Warts

If you experience pain when walking or standing and notice a thickened and fleshy, callus-like growth on the bottom of your foot, you could ...
Continue Reading 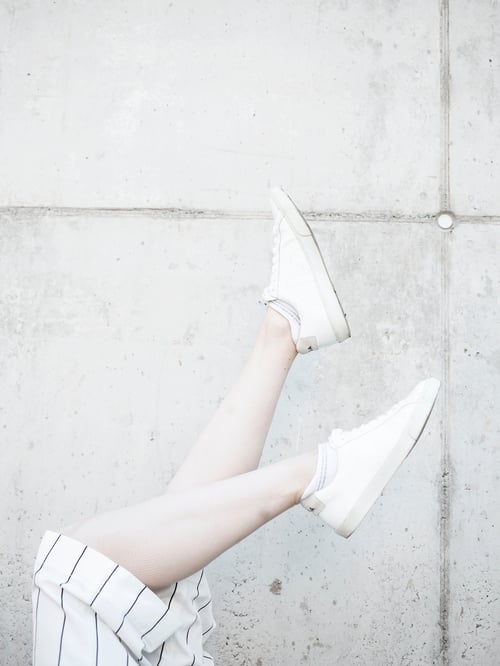 Understanding the Impact of Rheumatoid Arthritis on Your Feet

As rheumatoid arthritis (RA) starts to develop, the feet are often the first place to feel the symptoms. This chronic inflammatory disorder ...
Continue Reading

What Is A Muco-Cutaneious Cyst?

Discovering a small, squishy lump on your toe near the nail may be shocking and leaving you with a lot of questions. While it is impossible ...
Continue Reading